Just few weeks after the Derizo Concert made a huge statement at the just Concluded International Cell Leaders Conference, The Derizo Concert is making a huge stride! The Derizo would be kick starting a campus tour to university campuses and secondary/ high schools beginning with University of Lagos,  Nigeria on Wednesday 16th of September 2015 and Oregun High School Thursday 26th of September 2015. Derizo concert would be hosted by several schools and it is solely an evangelistic outreach ministry, to win our youths to Christ through music, Arts and general entertainment! 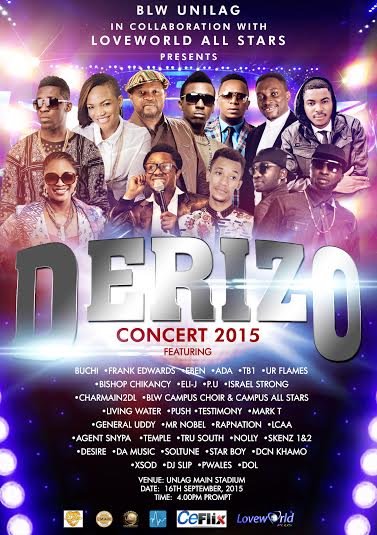 Highlights From The Just Concluded Derizo Concert!
Mammoth Crowd at the venue of the concert which was held at the prestigious Christ Embassy Loveworld Convocation Arena LCA. 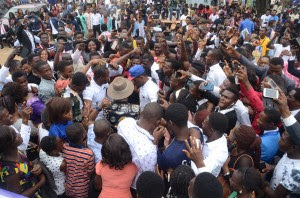 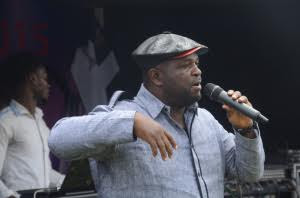 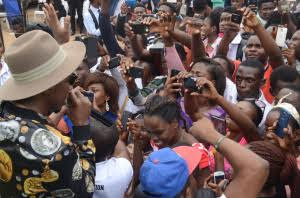 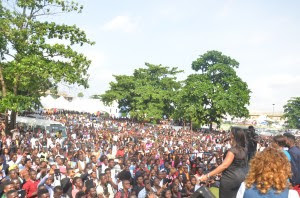 The turn up at the Derizo Concert was one to be reckoned with! Featuring Multiple Award Winner Superstars such as Frank Edwards, The “Bobo Me” crooner Ada,  “The Reggae Music Maestro” Buchi, Charmain2DL, Ur Flames & The LCAA Dance Academy, The BLW Rapnation ( Kelly Lyon, Tb1, Trusouth, Winter, Clinton, CYUDE, Mr Noble, Nolly, Soltune, SamJamz, Temple, Protek, G-Clan, Dareal), and So many other artistes! There was also performance by Star comedians featuring Bishop Chikancy & Xsod.
While speaking to some of the people at the concert, they expressed their gratitude for such a music outreach as Derizo Concert, that gave them the opportunity to interact with so many Gospel Artiste whom they only see from their Tv Screens! now the artistes are live and even interacting with them! dancing with them! They could only express their utmost gratitude to the organizers of Derizo Concert and they stated emphatically their expectations for the next Derizo Concert.