Gospel music sensational artist Ebiere is a name that brings to mind great song hits such as “Yekileme”, “Omi Olota”, “Tamara Mbana” and others. Having come a long way in the Nigerian music industry starting at very young age, Ebiere, over the years has made a name for herself with songs which were household favorites and industry hits. The gifted singer who hails from Port Harcourt, Nigeria has captured the hearts of many with her soothing sensational voice, vocal strength, her passion and her resilience. 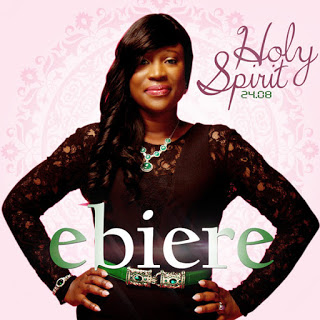 This year 2015 has been a great year, as Ebiere who is presently based in the UK has since the beginning of the year released several songs such as “Holy Spirit”, “Bless the Lord” and “Today Is Your Day”, songs which have been massively accepted as a fresh unique comeback for her and showcases her strong sound and brand. These songs are all part of her new album which is now complete and set for release this month.


Ebiere’s new album titled “Holy Spirit” is scheduled for release on August 24th 2015. The album released under her brainchild entertainment outfit House of Ephraim will be made available in stores nationwide and online sales platforms such as iTunes, Amazon, CD Baby and more. The Holy Spirit album is a 15-track collection of great awesome songs produced by music producers Dr Paul and Wilson Joel, both known as veterans in the their field. Wilson Joel is known as an award winning music producer. The album also features award winning gospel female singer, Onos.

The album artwork for the new album has been revealed in anticipation for the August 24th release.


Here’s two song snippets from the "Holy Spirit" album revealed in anticipation for the album release this month. Both songs produced by Wilson Joel.