"No matter how many times you've seemed to mess your life up,we serve a God who doesn't number our faults" - Nkay 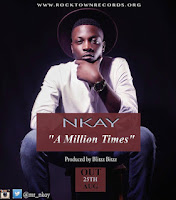 Serving a glimpse of what's to come, Nkay shares #5 Facts about “A Million Times” ~