He won the best international Album of the year GMA Gospel Music Awards Italy and the track think of you was honnoured Men of Mordicai awards Detroit USA and has been nominated as Artiste of the year West Africa Africa Gospel Music Awards agma uk 2012.In the year 2010, his first album was released, his track EBUBE hit the waves and it became house-hood music. When you are looking for a music that is spiced with an African and western touch into contemporary just check out Psalm Ebube album which one can not resist but get up and dance to it (Ebube Ebube chukwu nmo…. Ebube ebube oseun oooo…).

Psalm Ebube a mechanical Engineer, passionate gospel singer proves the word of God in Proverbs 18:16 that a man’s gift makes a way for him and brings him before great man. He came into limelight with his hit single “EBUBE” which received a massive airplay both on local and international TV and local stations. Immediately the hit single was released, it became an anthem, chorused in every Gospel gathering, the hit single also had over 300,000 internet downloads and counting on daily basis, psalm the marvelous Ebube dropped another hit track, yes while the whole world was still basking in the euphoria of the ground shaking, steps moving song Ebube, KABOSI, he featured Midnight Crew. They thought they have heard the best song in Ebube , just as he dropped Kabiosi, can this multi talented artiste pull another. string of surprise , yes he did barely did, we celebrate Kabiosi, and we heard another amazing hit single titled THINK OF YOU……. 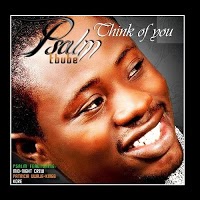 when asked Psalm Ebube said he had the young at heart while composing the song, so much as it has fast become the widely used ring tones and caller tunes amongst those with youthful mindset and exposure. For those who love to worship will think they were left out of the massive hits, not at all, “ Think of You’ was released, by popular demand and got over a million internet downloads and lasted on MTV BASE TOP 10 , some of the songs in the album is on top 10 count down on Blog talk radio USA, Africa in your year radio USA,Bubble FM UK, Topafric radio UK, (Tony air) what’s up 9ja, Africell FM 107.6- Gambia, Paradise FM 105.7-Gambia, Joy Fm Ghana, City 97.3FM Accra.Luv316 Radio UK. Hope FM 93.3 Kenya Just to mention a few…

He has been invited for live performance in many Christian Churches,both home and abroad, he ministered at Inspiration fm Christmass family praise jams,X2D thankful concert, Empowerment house, KENNIS MUSIC EASTER FIESTER, also at Kenya Must Worship Concert, Ghana Unlimited praise concert, to mention few, he has been nominated forseveral awards. He his engaged and looks forward to tieing the knot this year....