- December 14, 2020
Topic: He Hears You [Billy Graham Devotional 14 December 2020] Click HERE for Previous Devotional If we ask any thing according to his will, he heareth us. — 1 John 5:14 God has said, “If my people . . . pray . . . then will I hear from heaven.” Before three thousand people were brought into the Church on the day of Pentecost, the disciples had spent ten days in prayer, fasting, and spiritual travail. God desires that Christians be concerned and burdened for a lost world. If we pray this kind of prayer, an era of peace may come to the world and the hordes of wickedness may be turned back. Prayer for the day: Almighty God, burden my heart for those in the world who have not experienced Your peace in their lives. Written by Billy Graham, Founder of Billy Graham Evangelistic Association(BGEA). BGEA exists to proclaim the Gospel of Jesus Christ by every effective means and to equip the church and others to do the same. Flatimes Notice Board: Until you are born
Post a Comment
Read more

- December 14, 2020
Topic: Value Christ Higher Than Self [Andrew Wommack Devotional 14 December 2020] Matthew 28:9 “And as they went to tell his disciples, behold, Jesus met them, saying, All hail. And they came and held him by the feet, and worshipped him.” Self-denial is embraced by much of Christianity today. Historically, self-denial has always been a big part of false religion. Most religions of the world teach an abasement of self, but they do it as penitence in order to obtain salvation. This is not the denying of self that the Bible advocates. True self-denial as the scriptures promote is not self hatred or masochism, but rather an enthroning of Christ above self. We have a new identity in Christ that replaces the old self. We don’t deny self in order to obtain salvation, but it is a love response to what Christ has already done for us. He gave His all for us and we willingly give our all back to Him. Denying self in an attempt to earn salvation is most always motivated by guil
Post a Comment
Read more

- December 14, 2020
First Lady-elect Jill Biden on Sunday night responded to the controversy surrounding a recent Wall Street Journal editorial that argued she should refrain from using the title of “Dr.” before her name. “Together, we will build a world where the accomplishments of our daughters will be celebrated, rather than diminished,” Biden wrote on Twitter . The editorial, written by Joseph Epstein, said that it “feels fraudulent, not to say a touch comic” for the title to be used by Jill Biden, who has a doctorate in education from the University of Delaware. “A wise man once said that no one should call himself ‘Dr.’ unless he has delivered a child,” Epstein wrote . He also referred to the First Lady-elect as “kiddo” in the first sentence. The editorial had received backlash from many including the Biden transition team, who called the piece “sexist.” ″You and the @WSJ should be embarrassed to print the disgusting and sexist attack on @DrBiden running on the @WSJopinion page,” Biden’s sp
Post a Comment
Read more

- December 14, 2020
The Cleveland Indians are dropping their controversial nickname, according to a report. Following in the footsteps of the Washington Football Team, Cleveland will remove the “Indians” moniker many consider racist, the New York Times reported. The 105-year-old nickname has long-drawn ire from Native American groups and fans, and that only grew with the US in the midst of a reckoning on racism and social injustice. During the summer, the Washington Football Team removed its nickname, the Redskins, after facing pressure from sponsors and similar protests. Before last season, Cleveland phased out the logos and imagery of the cartoon mascot Chief Wahoo, the Times reported. It’s unclear how the Cleveland team will refer to itself moving forward.
Post a Comment
Read more

- December 14, 2020
Two important land-use battles climaxed with opposite outcomes this fall. The City Council approved plans for a Special Flushing Waterfront District in Queens last week, while council opposition to a rezoning of Sunset Park’s Industry City (in Brooklyn) prompted the plan’s sponsors to abandon it. Each proposal had ardent proponents and detractors in government and in the private economy. But each outcome was essentially determined by just one member of the 51-person council — Peter Koo in District 20 in Queens and Carlos Menchaca in District 38 in Brooklyn. It shouldn’t have been that way. Too much was at stake for the whole city for the plans to be green-lighted or killed by a single individual. But the council’s long-standing practice of “member deference” gives near-total power over land use changes to the member who represents the district in the council. The developers who wanted to partially rezone a mostly vacant, 29-acre Flushing Creek site to ­allow more new buildings t
Post a Comment
Read more 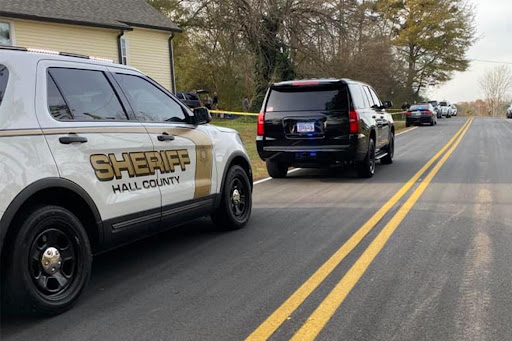 A Georgia mother is accused of fatally stabbing her two young children before seriously injuring herself with a knife on Friday, authorities said. Berenice Jaramillo-Hernandez, 26, is facing two counts of murder for the alleged afternoon attack on her 5-year-old son and 6-year-old daughter at their home outside Gainesville, the Hall County Sheriff’s Office announced. The children — Mateo Miranda Jaramillo and Katherine Miranda Jaramillo — were found dead at the scene. Jaramillo-Hernandez was hospitalized from her stabbing wounds and will be charged when she is released, authorities said. The mother will also be charged with aggravated assault, the sheriff’s office said.
Post a Comment
Read more 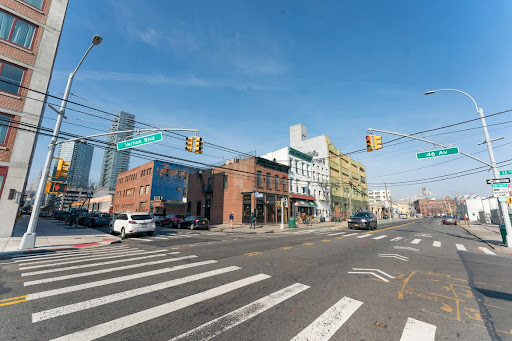 In Long Island City, it’s the scar that won’t heal. Two years after Amazon pulled out from a proposal to build a massive headquarters along the Queens waterfront, the site is a vacant eyesore — and, to many locals, the squandered economic opportunity is even more painful amid the coronavirus pandemic. “The site just sits there empty. It’s terrible,” said Donna Drimer, owner of the Matted LIC art gallery and gift store. “We’re in the middle of a pandemic. People say, ‘If we only had Amazon.’ We got nothing.” The world’s largest e-tailer abruptly cancelled its projected 25,000 job-producing campus after being taken aback by ferocious opposition from the local pols — including democratic socialist Rep. Alexandria Ocasio-Cortez and state Sen. Mike Gianaris. Nearly two years later, the massive site remains a desolate reminder of wasted potential, while COVID-19 has ravaged the city’s economy, including the LIC-Western Queens area that would have benefitted from the influx of potential
Post a Comment
Read more
More posts